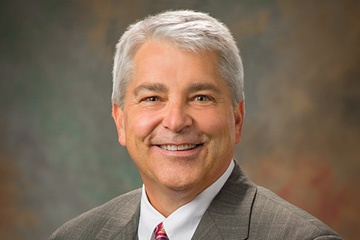 David Zacharias to Retire after 30 Years with BME Associates

After 30 years of service to our clients and nearly 40 years to his profession, Dave Zacharias will retire from BME Associates at the end of 2019 and move to South Carolina to be closer to his kids and grandkids.

“Thirty years goes by in the blink of an eye,” Dave said.  “It’s now very important to my wife, Kim, and me to be sure we are able to spend time with our grandkids before they are all grown up.”

After graduating from Paul Smiths College in 1980, Dave remembers well the day shortly after when they packed their VW Bug in Saranac Lake and headed west.  The Bug broke down in Chicago – and again in Des Moines.   But, not phased, they made it to Vernal, Utah, and met friends who worked for the US Forest Service. “We were full of piss and vinegar,” Dave said, “and life was under way.”

Two years of surveying in the desert for a new, 30-mile highway and five years in a phosphate mine in the Uintah Mountains provided Dave with incredible learning experiences in both land surveying and mine engineering.  But a downturn in the shale industry and the birth of two children prompted the young Zacharias family to move to Groton, Conn., where Dave started a CAD group in a growing civil engineering firm.

That lasted just a short time, however, when in 1989 a third child was born and Dave announced to Kim “I can’t take all the people any longer.  Coming from rural Utah to the densely populated Groton/New London area turned out to be less than an ideal move,” Dave said.

Decision made, a search began for employment in either Vermont or the Cortland/Rochester area where the Zacharias’ had family.  They loaded up their Toyota Corolla with a newborn, a 4-year-old, and a 7-year-old and headed north.

“After four or five interviews – with every business owner insisting on going to the car to meet this angel of a wife who was traveling with a newborn – I was offered a position with BME Associates to start their CAD program,” Dave said.

Accepting the opportunity with BME, a brand new start-up engineering firm, meant turning down another offer for more money as a field surveyor with an established local competitor.  “Big risk, big reward,” thought Dave, and he said it was an easy decision to make.

Dave’s first two years at BME was spent converting projects like Cobblestone Creek Country Club and the Eastview Mall Expansion from drafting ‘on the boards’ to drafting with computers, “an incredibly exciting and vibrant time and work experience.”

It was also an exciting time in Dave’s professional life. He received his Land Surveyors license in Connecticut in 1990 and his license in New York in 1991.

For the next few years, Dave continued to train drafters and young engineers to utilize the computer for design and drafting.  At the same time, he moved back into a land-surveying role.

“My early mentors at BME Associates taught me the importance of giving back to our profession and community,” Dave said.

By the early 1990s he was involved with Genesee Valley Land Surveyors Association and held positions as Secretary, Vice President, and President.  “These positions were taught me how to plan and run formal meetings, as well as handle Association membership issues,” he said.

About the time Dave’s responsibilities with the local Surveyors Association ended, he became involved with his local planning board and spent several years as Chair.   “While often grueling at best,” he said, “the lessons learned while handling angry neighbors at 10:00 pm month after month were some of the best learning opportunities in running a business.”

After the planning board experience, Dave took some time off from volunteering and focused much more on the business side of BME Associates. He spent time managing the engineering department, managing the info tech group, and managing the survey department and survey projects, and served for 10 years as a director and officer on BME’s Board of Directors.

“From day one, I had always wanted to own my own business and hang out my shingle,” Dave said.  “But after a few years at BME, I realized that owning my own business didn’t have to mean going it alone and working out of my basement.  Once given the opportunity to buy stock in the company, I jumped on it.

Owning a piece of your workplace, having some voice — and perhaps control of where I spend a majority of my time — seemed like the best situation for anyone with an entrepreneurial spirit.  Watching the company grow from the original four owners to seven and, eventually, to our current 17, is a great source of satisfaction.  Knowing that many of our peers want to be in business together is incredible.”

“I think, however, I have taken the most satisfaction from watching young professionals grow and earn their professional licenses,” Dave said, “especially when I know I’ve had an influence on them.  And I love watching them get involved and give back. This business is so much more that the daily grind of production.”

In 2015 the volunteering bug bit Dave again. He worked locally with the Genesee Valley Land Surveyors Standards Committee to pass new updated standards and worked with the County Clerk in an effort to have filed subdivision plats available for download to the public as well as title companies, attorneys, engineers and land surveyors. He then got involved with the New York State Association of Professional Land Surveyors by serving on the ethics committee, the standards committee, and lastly, chairing the legislative committee. “The professionals I have met and worked with have definitely had a lasting impact on who I am today,” he said.

Looking back, Dave is aware of “how incredibly fast we had to move to stay ahead of the technology curve.  I feel blessed to know that my career started with dragging a metal chain through the dessert, then using top mount EDMs to measure miles from mountain ridge to mountain ridge. Before I knew it we were testing GPS receivers to be certain to get an answer we can trust out of the black box.  And now we are able to survey with drones.”

Dave is certain that not many land surveyors have had that range of experiences in their career.   And, although he’s taught many others, he’s proud to say

“I’m thankful what the young surveyors have been able to teach me.  I’ve had a wonderful career.   Gone in the blink of an eye!”

BME Associates encourages and supports our employees in their active participation in professional associations...

10 Reasons to Join a Professional Organization. We mentor and encourage our employees to actively give back to the communities they live in, work in, and the professional organizations that help them to develop as professionals and people...