BME submits review to the NYSDEC

This past March, the NYSDEC issued their Draft for the proposed update to the “New York Standards and Specifications for Erosion and Sediment Control” document; better known in the industry as the “Blue Book”.  The draft was issued for public review and comment and in response BME has carefully reviewed the document, providing questions and concerns on how the proposed update will impact engineering design and on future development and construction projects

A brief summary in our review of the proposed update concludes that while there were some improvements made in the Standards concerning measures that could be used, there are a few proposed changes, primarily to the winter stabilization and house lot stabilization measures, that we see potentially resulting in additional cost and effort from contractors and developers alike down the road.  Our comments were also provided to the New York State Builders Association for their use in their lobbying efforts with NYSDEC.

NYSDEC will compile all comments and issue responses in the summer prior to adopting the final version of the Blue Book.  We will continue to monitor the process with NYSDEC and provide additional information and guidance as it becomes available. In the mean time we encourage you to look over The Draft Standards as proposed by NYSDEC here.

Parties interested in learning more about BME Associates review of the NY Standards and Specifications for Erosion and Sediment Control may contact Kimberly Boyd at: KBoyd@bmepc.com 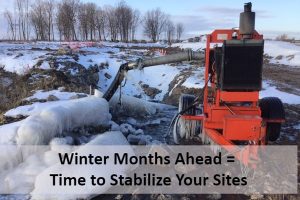 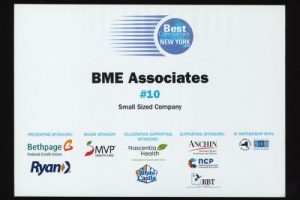 BME Associates, the Fairport-based firm specializing in engineering, surveying, and landscape architecture, has been named among 2019’s best companies to work... 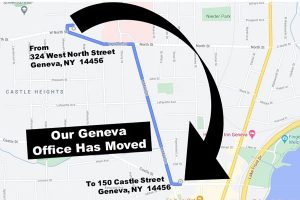 Our Geneva office has moved...