BME Co-Founder Doug Eldred to Retire at End of 2018 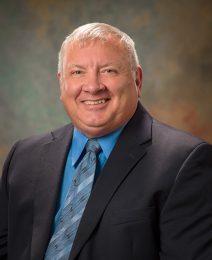 Those who have worked with Doug Eldred over the years know him as a master planner, a man with an uncanny knack for overcoming challenges and bringing projects to a successful end to everyone’s satisfaction.

They may find it strange, then, to hear how Doug, who will retire at the end of this year, first became an engineer a little more than four decades ago.

“To be honest,” he says, “I kind of fell into this career by mistake.  When I finished high school in Binghamton, I didn’t know what I wanted to do.  A friend said:  ‘If you go to Broome Community College, you can become a surveyor and work outdoors.’   I thought that sounded cool.  Turns out, I didn’t like surveying — but I liked engineering, especially the technical side.  I like to solve problems.”

After two years at Broome, Doug transferred to RIT and completed his engineering degree.  His career was launched 41 years ago when he joined Sear-Brown Associates and began building his now-sterling reputation as a problem solver.

“I had a great experience at Sear-Brown for 11 years,” Doug says.  “But, in 1988, nine of us at Sear-Brown decided we wanted to serve clients much more exclusively as land developers. ”

Today, BME has some 30 employees, and the focus remains on land development with some special expertise in environmental issues.

“Solving problems is what makes me the happiest,” he says.  “In land development, every project has its own unique challenges, and they make my brain work.  I guess that’s what makes me tick.”

And, that brainwork certainly has paid off for BME and its clients.  “I can honestly say that Doug Eldred is the smartest engineer I’ve ever worked with,” says Peter Vars.  “His ability to analyze challenges and come up with solutions is jaw-dropping.  It has made him the ‘go-to guy’ here for 30 years.   He is persistent and tenacious, but has absolutely no ego to go with all that talent and ability.”

Vars noted how Eldred has built extremely strong relationships with clients, and how he’s always been there for young people starting their careers.

“Doug has always invested himself personally, as well as professionally while working with clients,” Vars says.  “Today, many of those clients are now among his close friends.”  Among his longest working relationships are those with the Rainaldi family, MCA Group and the Wilmorite Corporation.

“For those who work here,” says Vars, “Doug is the one they always rely on.  He’s a great trainer, a great educator, and he always has shown great patience to help make them become better.  He’s always the one who takes the extra time to make that happen.”

Asked to select a couple of examples from his long list of successful projects, Doug cited the Cobblestone Creek residential and golf course development, and the High Point Business Park, a mixed-use office, retail and residential project that overcame initial local resistance to gain ultimate approval.

Both had multiple challenges, and both were successful thanks to Doug and his team.  In point of fact, Doug is proud to say that throughout his career he has never failed to get a planning board approval.

That may be in part because, as he says:  “I take every project personally.  Our clients are spending a lot of money, so I try to put myself in their shoes.  That motivates me to get problems solved and get their projects approved.”

Seeking various board approvals, of course, means working with municipalities, and Doug likes to approach these situations in a collaborative manner.  “I enjoy working with the communities,” he says.  “Sometimes these are semi-adversarial situations, but I know they just want what is best for their communities, so we just try to work things through together.”

Doug and his wife, Joanne, have been married 46 years, and he has always appreciated the fact that she has “put up with” all the hours he has had to be away on the job, especially for the night meetings that could number five or six or more in a month.

Doug and Joanne have two daughters, Jennifer and Kimberly, and grandchildren Megan, Amber, Ben and Jacob.   Along with their sons-in-law Brian and Adam, his family is his and Joanne’s greatest source of pride.  He hopes to spend more time with all of them now, but he also plans to do a little work in the industry with some personal projects and some contract jobs with BME.

Beyond that, he’ll enjoy his woodworking hobby, maybe try flipping some houses in the real estate market, and he and Joanne have a timeshare in Mexico.

As he prepares for retirement, Doug looks back with pride on a career filled with achievement.

“I’m so pleased,” he says, “that I was a founder of a company that today has great leadership in Peter and an extremely talented group of highly dedicated people that do great work.  It’s a phenomenal atmosphere, and I’m glad to have been a part of it.”

The Davis–Bacon Act of 1931 is a United States federal law that establishes the requirement for paying the local prevailing wages on public works projects for “laborers and mechanics” on federally funded construction projects. It applies to direct federal contracts (prime contractors and subcontractors), as well as to state and local governments expending federal (grant or loan) funds...

Rochester Business Journal and The Daily Record selected BME Associates to receive the 2019 Excellence in Construction & Real Estate Award in the Engineer category...

BME’s Stormwater Specialist, Kimberly Boyd, is now a Certified Professional in Municipal Stormwater Management (CPMSM). The program was designed to certify individuals who are technically and ethically qualified to manage and coordinate EPA NPDES MS4 programs...